Men are more likely to contract aggressive melanomas. There is new evidence suggesting why this is happening.

New scientific evidence that may shed light on why men are more likely than women to develop aggressive forms of skin cancer has been published today in Carcinogenesis. The research carried out by scientists in UCD Conway Institute of Biomolecular & Biomedical Research shows that a gene found only in men is altered by a chemical process, which is in turn linked to aggressive forms of melanoma.

Dr William Gallagher, UCD School of Biomolecular & Biomedical Science and UCD Conway Institute has led the work of a team of researchers who are trying to identify potential biological markers that could flag aggressive forms of melanoma. Using the latest gene chip technology, their work has focused on 66 genes that undergo changes as a melanoma moves from a non-aggressive to an aggressive state. Dr Gallagher and his team have discovered that a common feature among a significant percentage of these genes is that they have been chemically altered by a process called DNA methylation.

Posted by Dan Shargel at 7:54 PM No comments:

A melanoma patient in Colorado was recently awarded 1.45 million after suing his employer for reducing his salary and emotional-abuse while he was undergoing chemotherapy.
Posted by Dan Shargel at 7:44 PM No comments:

Melanoma survivor Pat Wynn Brown wrote a book about America's obsession with hair. I think it's based on a comedy show she does to cheer up cancer patients called Hair Theater.

Below is an excerpt from book review on Bella Online:

In 1997, author Pat Wynn Brown was diagnosed with malignant melanoma. She admits that losing her hair was first on her mind as she dealt with this possibly fatal disease. Now, 7 years later and cancer free, Ms Brown helps other cancer patients by performing an original, comedy show about hair. Hair Theatre takes a loving look at women’s obsession with their hair. If the show is anything like her book “Hair-a-baloo,” the cancer patients are leaving the building as healthier people. After all, laughter is great medicine.

Book is available from Amazon.com.
Posted by Dan Shargel at 2:37 PM No comments:

The National Zoo in Washington D.C. euthanized Jafari the giraffe yesterday due to skin cancer. Specialists aren't sure if he had melanoma or basal cell carcinoma. Jafari is the first giraffe to be diagnosed with either type of skin cancer.

Jafari had been closely observed since his surgery and yesterday appeared disoriented and began walking in circles, zoo spokesman John Gibbons said.

"Due to the poor prognosis, Zoo veterinarians and animal-care staff decided to euthanize," the zoo said in a statement.

In late August, zoo staff first noticed the lump on the top of his head. Veterinarians drew fluid on two occasions. The second indicated the presence of cancer cells. At the time of the operation, the tumor was described as about the size of a grapefruit.

Jafari was treated for several weeks for complications associated with skin cancer, the zoo said.

In either case, he said, it was unusual because neither of the skin cancers had been diagnosed in giraffes.

Noting this, Gibbons said that Jafari's death provided an opportunity to learn about the disease in giraffes.

Posted by Dan Shargel at 6:00 PM No comments:

Not a fan of curry?

You don't have to like curry to enjoy it's beneficial cancer-fighting side-effects. The actual cancer-fighting property in curry is a chemical called curcumin and it's found in turmeric which is sold in most grocery stores in the spice section. Ground turmeric is what makes curry yellow and it doesn't have the curry taste (or fire). I bought some today and roasted some chicken with it and it tasted fine. It actually didn't even taste like curry at all. In fact it was bland enough (it's a relative of ginger) that I may add it to more things.
Posted by Dan Shargel at 7:53 PM No comments:

We posted something about this back in July, but here's a new article about the cancer-fighting properties of a spice used in curry (turmeric). The article is in the Charlotte Observer which unfortunately requires you to login to read the article. You can get an anonymous login account here though with a single-click.

Excerpts from the Charlotte Observer:

"We know that it's an effective preventive at low doses," said Dr. Bharat Aggarwal, of the experimental therapeutics department at the M.D. Anderson Cancer Center in Houston. "The question is whether larger doses can be therapeutic" for disease sufferers.

At least a dozen clinical trials on humans are under way in the United States, Israel and England to test the safety and dosages of turmeric's main ingredient, curcumin. It's a hot topic in health journals, too, cited 967 times since 2000 in articles reported on PubMed, the National Library of Medicine's research service.

The spice, which is a relative of ginger, comes from the stems of the root of a large-leafed plant widely grown in Asia, especially in the province of Maharashtra in southwest India. The stems are boiled, dried and crushed to a powder with a bitter woody taste that's widely used as a spice and in folk medicines to cure stomach ailments and skin lesions. Turmeric was in use when the first Westerner, Marco Polo, visited the region in the 13th century.

It's been demonstrated in animals to protect the liver, inhibit tumors, reduce inflammation and fight some infections. Curcumin has both antioxidant and anti-inflammatory properties, according to researchers, and may help lower cholesterol.

• May stop growth of melanoma cells and make them self-destruct.

• People can consume large amounts with no adverse effects.

• Has antioxidant and anti-inflammatory effects.

The article also contains links to a couple sites with recipes for turmeric:

• Epicurious.com
Posted by Dan Shargel at 11:53 AM No comments: 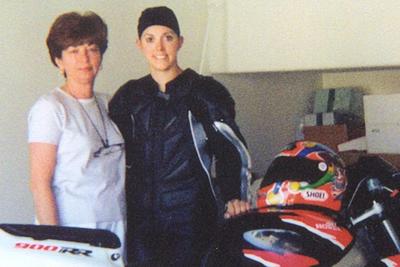 Posted by Dan Shargel at 7:38 AM No comments:

Melanoma cases in children on the rise

More and more children are getting diagnosed with melanoma and although sun exposure is one cause there could be other unknown causes.

"You just can't say melanoma doesn't happen in children. It can," said Daniel Krowchuk, a professor of pediatrics and dermatology at Wake Forest University who heads the American Academy of Pediatrics' dermatology committee.

Experts suspect early sun exposure is one factor but acknowledge they don't know all the reasons.

Over the past decade, adults have been hearing public health messages to watch their sun exposure and be alert for suspicious changes in the shape and color of moles and other skin lesions. Now, Krowchuk said, pediatricians and parents alike also need to be vigilant.

"Sometimes it's right in front of a physician's nose and it's ignored or blown off as something else," said Casey Culbertson, a pediatric cardiologist at Children's Hospital and Research Center in Oakland, Calif., who heads the Melanoma Research Foundation.

Posted by Dan Shargel at 8:20 PM No comments:

A chilling study released by the Journal of the American Medical Association yesterday suggests that you're at greater risk of developing additional melanomas if you've already had one bout with this deadly form of skin cancer, or if you have a family history of melanoma. So if you've had one melanoma you are likely to have another eventually.

"If you have the other risk factors -- family history or dysplastic nevi -- that risk is even higher, and you should go back [to your doctor] for skin surveillance at least twice a year," he said.