A hospital in Australia is using nuclear medicine to fight cancer cells with promising results.

Australian researchers have developed a new treatment for advanced melanoma, using the latest in nuclear medicine to fight the cancer cells.

The treatment has been developed by Professor Barry Allen at St George Hospitals' Centre for Experimental Radiation Oncology (ERO).

"We have I believe, the potential to have a major impact on the prognosis for advanced melanoma," Professor Allen said.

A molecule is injected into the arm that travels through the blood stream, seeking out cancer cells, then emitting radiation to kill them.

In a trial of 21 patients with advanced melanoma, two-thirds had a good response to the treatment.

Doctors say to see a response in patients with advanced cancer is promising.

Patient Peter Dalton was diagnosed with melanoma two years ago and was one of the first to have the new treatment.

The 20 melanomas on Mr Dalton's leg have completely regressed, and he has received a second round of the treatment.

"It's got rid of my worry about melanoma because I realised they can be treated," he said.

After the success of this trial, researchers now want to use the therapy on patients with breast prostate and pancreatic cancer.

Those trials are planned for next year.

"New treatments must be looked for and any new idea, any good science like this must be followed up," New South Wales chief cancer officer Professor Jim Bishop said.

Posted by Dan Shargel at 6:12 AM No comments:

Turning the corner on the fight against melanoma

A recent study could mean a major breakthrough for how melanoma is treated in the future. A study published in today's New England Journal of Medicine concludes that there is more than one type of melanoma. The melanomas caused by sun-damaged skin differ from those found in less sun-exposed areas of the body. And it is suggested that doctors may not always be treating the correct type of melanoma because the perception has been that there is basically only one. This is big news in the fight against melanoma.

As with other cancers, scientists are learning that not all melanoma skin cancers are genetically alike. And that may have far-reaching implications for the treatment and prevention of melanoma.

A new study reports that, depending on the area of the body affected by melanoma, there are at least several distinct types of the disease: Those arising from chronically sun-damaged skin and those on skin without sun damage; those that occur on areas rarely exposed to sun, such as the palms and soles of feet; and melanomas that occur on mucous membranes.

"Up to now melanoma was regarded as one disease and was treated as such. But our study shows there are marked genetic differences in melanoma cases. These are distinct diseases," said study author Dr. Boris Bastian, an assistant professor of dermatology and pathology at the University of California, San Francisco.

"Melanoma is an awful disease if it can't be surgically cured," said Dr. Paul Meltzer, head of the section of molecular genetics in the cancer genetics branch at the National Human Genome Research Institute, in Bethesda, Md.

Bastian and his colleagues compared 126 different melanomas from four groups that all received differing levels of ultra-violet (UV) light exposure from the sun. Thirty melanomas were from skin that showed signs of chronic sun damage, while 40 were from skin that didn't show signs of sun-induced damage. Another 36 melanomas were from areas that are rarely exposed to sun, such as the palms and soles of the feet. The remaining 20 melanomas occurred on mucous membranes, such as those found in the mouth, nose and genital areas.

When they compared these melanomas from different areas of the body, the researchers found significant genetic differences that often correlated with the location of the melanoma.

"The bottom line is that there are distinct sets of melanoma," said Bastian.

Meltzer, who wrote an accompanying editorial in the same issue of the journal, said this study "may have significant clinical implications in the long run," and is "laying the groundwork for a better individualized and personalized cancer therapy."

"I'm somewhat optimistic now that we may turn the corner on melanoma therapy," he added.

Both Bastian and Meltzer said one of the reasons current melanoma therapies might not be as effective as doctors would like them to be is that they may not be targeting the right type of melanoma.

"These findings may be very important for designing targeted therapies for these various types," said Bastian.

Posted by Dan Shargel at 9:11 PM No comments: 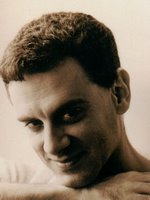 Cuban-American ballet prodigy, Fernando Bujones, died from melanoma last week. The New York Times at one time called him "the greatest American classical dancer of his generation." He was 50. His story is in the Orlando Sentinel.

Fernando Bujones, artistic director of the Orlando Ballet and a Cuban-American ballet prodigy who earned a place among the great classical dancers of the late 20th century, died early Thursday morning in Miami. He was 50.

"Fernando came to Orlando Ballet and took an average local company and made it into a world-class organization," said Tricia Earl, past president of the ballet board. "He was an exceptional gift to the world of dance -- not only as a performer but with the legacy he leaves."

Bujones, who had announced seven weeks ago that he had lung cancer, succumbed to complications from malignant melanoma, an aggressive form of skin cancer, Orlando Ballet executive director Russell Allen said. "It was a very brief and unexpected battle with melanoma, because they really thought they were battling lung cancer."

He was "the greatest American classical dancer of his generation," wrote New York Times critic Anna Kisselgoff on the occasion of Bujones' 1995 farewell performance with American Ballet Theatre, a company with which he had a more than two-decade association.